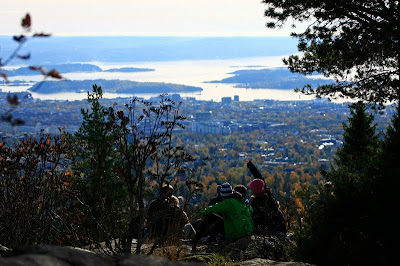 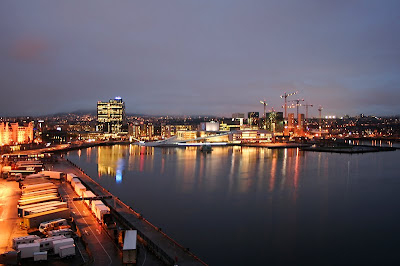 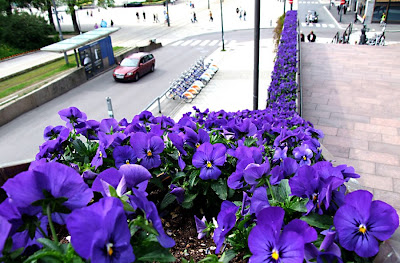 The photo was taken near the castle (Akershus festning). Walking down these stairs would take you in the direction of the city hall, and the shopping area "Aker brygge". 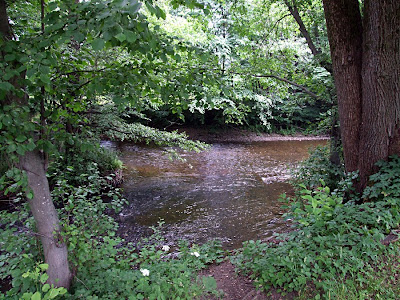 The Akerselva river runs through Oslo from Maridalsvannet and exits in the Oslo fjord by the new opera house. The river is 8-9 kilometers long, and along it runs a nice walkway system for those who enjoy hiking.

I've thought of walking by the river for a long time, and the other day I got the chance to walk along the river for a little while. It's really nice, and obviously lots of people enjoy this area. 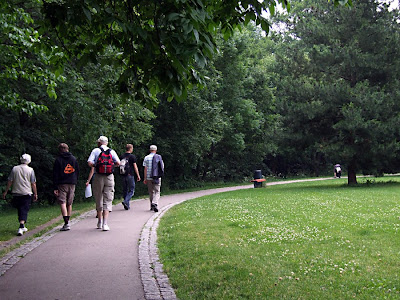 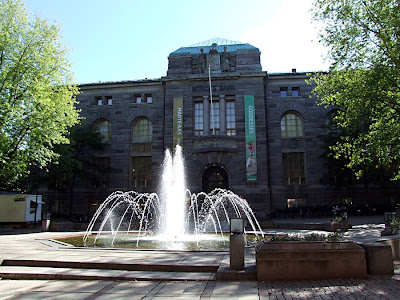 This used to be the main office for "Norges Bank" (central bank of Norway), situated at Bankplassen opposite of Engebret Cafe, from yesterday's post.

The building is from 1906 and was the main office until Norges Bank moved into new premises in a larger building nearby in 1986. From 1990 the building has been the Museum of Contemporary Art. 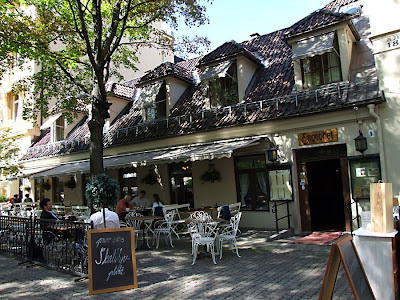 This is the oldest restaurant in Oslo (that is still serving). It's from 1857 and used to be the meeting place for actors and actresses from the Christiania Theater back in the old days.

Engebret is situated on "Bankplassen" (the bank square) and is definitely worth a look inside. Unfortunately, the prices are so high that I can't afford to eat there, but I did enjoy something cold to drink. 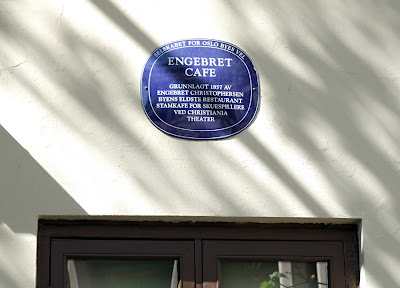 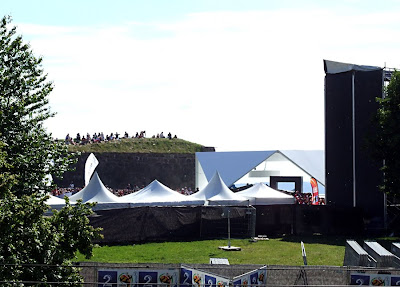 I haven't watched even one minute of the World Cup, but lots of people love to follow every minute of it. When the weather is nice, like now, it's probably very nice to sit outside in the sun and watch the matches on a huge screen. This is from the castle, Akershus festning, in Oslo center. 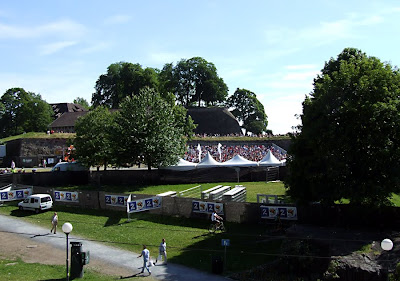 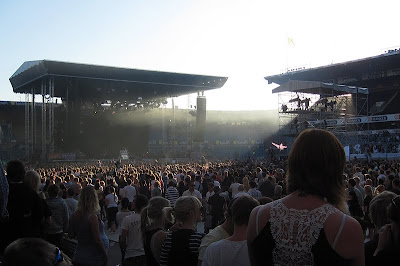 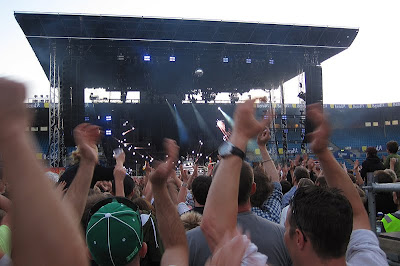 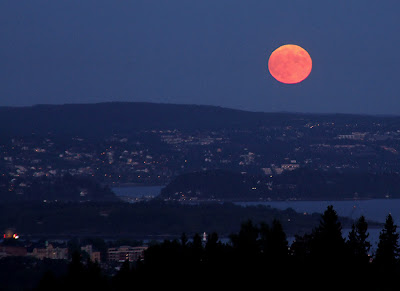 I took this from my balcony only a few minutes ago. Lovely evening, although a bit cold. But the moon is nice!
Posted by Lothiane kl. 22:22 9 kommentarer: 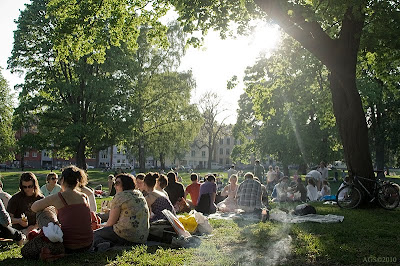 It's finally summer! The temperature has been quite high the last couple of days, and its really nice to be outside. The picture is from Sofienberg Park, which was crowded yesterday! Lots of people went out to barbecue, drink, talk, play games and have fun! :o)

According to Wikipedia Sofienbergparken is one of the most visited parks in Oslo, approximately 3000 people visiting on sunny days. Probably because the park is quite big, and it's located in a very densely populated area.

New piece of art outside the opera house

The piece is called 'Hun ligger' (She Lies) by Monica Bonvicini.

The sculpture is 12 meter tall and weighs 335 tons (the sculpture alone is 35 tons, then the pontoon/float weighs 300 tons).

- She Lies is meant to be a monument about change, longing and hope. A monument about construction: its beauty and its implicit visions, the beauty of the un-done as a permanent state of change . (Monica Bonvicini)

According to the artist, she has "translated" the painting 'Das Eismeer' (1823-24) by Caspar David Friedrich.

The sculpture will be properly unveiled by the Norwegian Queen Sonja, on Tuesday May 11th 2010. 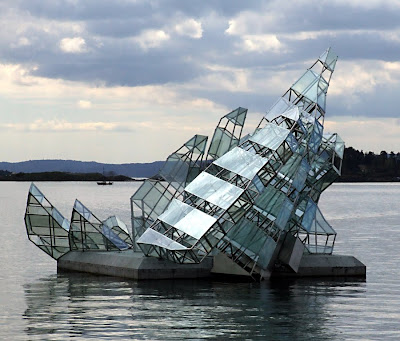 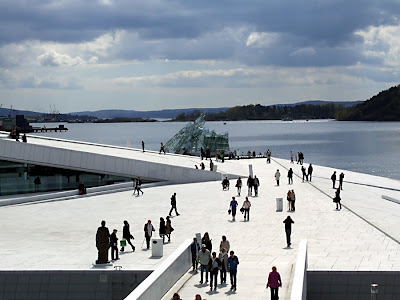 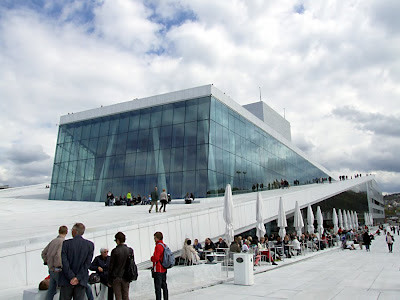 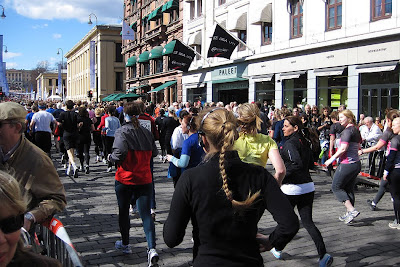 Another picture from the race Sentrumsløpet. :o) 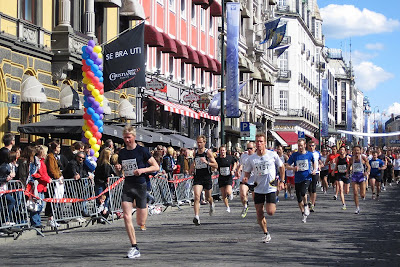 It was crowded in the streets downtown yesterday. 5500 people ran 10 km, in a race called "Sentrumsløpet", which takes place in Oslo every spring. 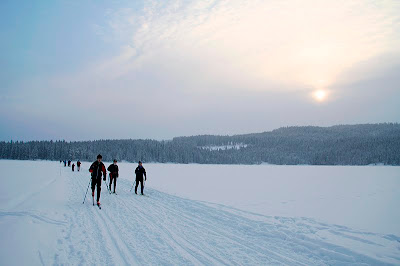 Skiers crossing a lake in Nordmarka. 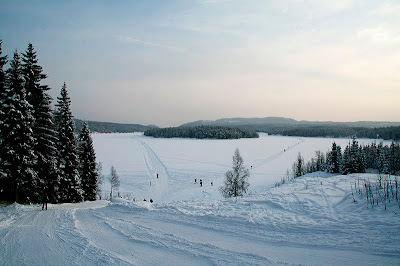 Nordmarka is the mostly forested region which makes up the northern part of Oslo. The forests are popular sites for hiking and skiing. Most of the forests are protected, and it is not possible to obtain building permits for cottages in the area.

There are several lakes in Nordmarka. Todays picture, taken a couple of weeks ago, gives you a view of one of them. This lake is called Bjørnsjøen. Translated the name means Bear Lake. 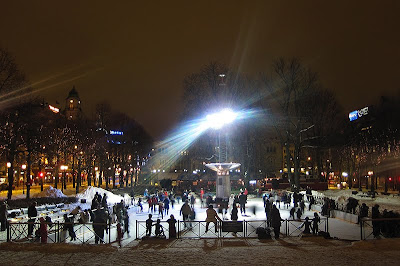 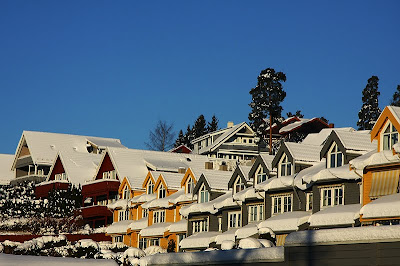 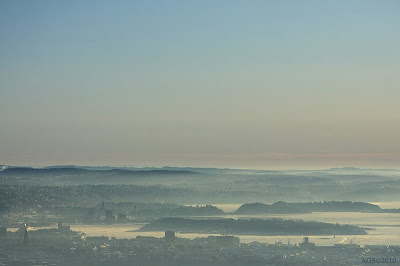 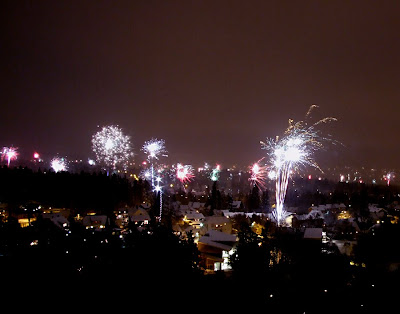